Below you will find a detailed explanation on how to write an outline in APA format.

In the good old times when PowerPoint presentations were not that common, as the use of computer was very rare, college students were still able to present their work in written form. Outlines are still important for everyone who wants to present their work in a coherent and logical way. In contrast to the presentations elaborated on the computer, outlines are more focused on the logical connections between the ideas contained in a given work (usually assignment). Presentations, on the other hand, employ multimedia in order to show their object as existing in different dimensions. Regrettably, the quantity of information presented through PowerPoint (for instance) is very often inversely proportional to its quality; this is a flaw which outlines avoid, because the reader is concentrated only on the quality of information available there. 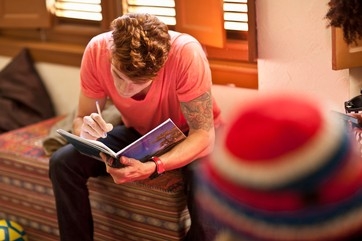 There should be logical order throughout the paper. That means, headings should be headings and not sub-headings; and vice versa. Remember: the outline reminds in some way a plan of your work that you want to present; however, it also summarizes the main ideas exposed in different parts of the work. Try to follow inner coherence of the work: the outline should reflect it perfectly.

–parallelism– your outline should have several headings, “equal” to each other. That means, every heading contains equal quantity of information and is equally important. Parallelism also implies using of the appropriate language and similar syntactic structure (the sentences begin only with a verb, or with a noun, and so forth).

–coordination– the significance of each chapter should be equal. The principles of parallelism and coordination seem one and the same, but actually there is a slight difference between both: parallelism refers more to the language used in the title of the headings.

–subordination– this is the principle according to which the information in the sub-headings should be more detailed.

–division– headings are divided into several equal subheadings. If we add here the principle of parallelism, it is better to have one and the same number of subheadings for each main heading.

The following is the so-called alphanumeric outline on the topic “Existentialism.” You can also use the full sentence format, or the decimal format. Remember: before you start writing your outline, you should be sure that it contains all the information that you need to present.

I. HISTORY OF EXISTENTIALISM

A. Existentialism of the 19th century

B. Existentialism of the 20th century

1. Freedom as a burden

2. Freedom as an opportunity

1. Existentialism and the reality of God

2. Human freedom and the reality of God

1. The problem of freedom

2. The problem of personality