In the past the so-called Sophists were teaching their students how to formulate and defend a certain thesis, particularly in a discussion with a strong opponent. Sophists were famous for their unwillingness to adhere to pure logical arguments, but employed rhetorical strategies instead.

Later, in the Middle Ages, a new art appeared amongst theologians and philosophers – it was the art of dialectics, or the ability to maintain one’s own standpoint and to reject the opponent’s opinion at once. Thus, dialectics appeared to be a tool for criticizing official doctrines or popular fallacies. 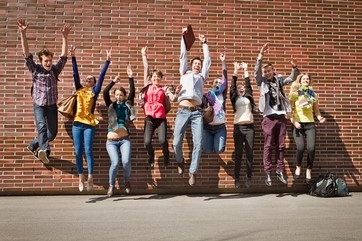 Nowadays there are plenty of ways to reveal and to defend one’s own point view. Recently, with the development of communication technologies, a specific tendency in Western culture has been developed – the culture of opinions, as it may be named. Opinions are everywhere: we see them on the forums, on Facebook, in the newspapers, on TV or on the radio. Regrettably, most opinions which we meet on the internet, are far from justified, or significantly lack of formal logic. In contrast with the Ancient Sophists or the medieval dialecticians, people today employ emotional arguments or personal invectives. Besides, people have lost their sense of the difference between opinion and knowledge. You should remember that your opinion essay turns upon your own opinion, and thus it is not of infallible nature.

How to write an opinion essay – 5 important rules

We have come up with 5 most important rules to be followed when writing an opinion essay.

Analyze the context of your opinion essay, its goals, and its function. It may be a reply (to some academic opponent); it may be an article in the newspaper; it may be a political speech, and so forth. The language and the arguments used in your opinion essay should be formulated accordingly. A journalist writes more emotionally and addresses the psychological interests and needs of their readers; a scientist should rely more on sound, logical arguments and evidences.

2. Define a thesis of your opinion essay

Define your thesis so it will be easy for understanding and defending. The narrower is a thesis, the easiest is to be defended (since you will have less points for proving).

3. Always address to the viewpoint which you do not approve

The reader is interested in following a discussion between two representatives of different views. For that reason it is recommended to choose some controversial topic for your opinion essay – it will be more attractive.

For example, you should employ arguments based upon experience or facts. Be careful while using facts which may be interpreted in various ways. Let the facts speak for themselves. The arguments should be directly related to the thesis.

An emotional argument is an assertion which turns upon feelings. Its goal is to prevent the audience from sticking to the point. When politicians do not have logical arguments, they employ emotional ones in order to convince their audience (for instance, that some practice should be legalized, or some activity to be banned). Personal invective is when you refer to the past of your opponent and use it in order to repudiate their theory/conception/opinion (for example, the discussions on the forums are full of such “arguments”).

Never be too extreme in defending your opinion. Let the reader decide who is right. Remember to be honest and to defend only a standpoint which you believe in. Otherwise you will behave like the Ancient Sophists – always ready to defend a thesis, whether you believe in it or not.