There is no absolutely certain or proved knowledge. The way in which science advances is completely different from what common people believe. Discussions, debates and disagreement with the officially accepted theories are always in work here. Hence, there is no “right” or “wrong” theory in the field of academic knowledge, but there are only “well-proved” and “insufficiently proved” theories. 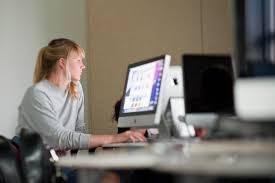 Here comes the genre of criticism as a way of maintaining a discussion on a certain topic. A good critique should be focused on the positive and negative sides of a theory, but in such a manner that it will bring benefit to the scientific field in question, and particularly to the author of the theory. Therefore, the main goal of writing critique of an article is not to repudiate the theory exposed in the article; the goal is rather to help the author see some weak points in order to improve them, and also to make the theory clearer to the reader.

If you are not familiar with how to write critique of an article, you should know that this is a process, and not just a paper you have to write. Initially, you should have some interest in the topic in order to be able to reflect on it. Afterwards, you need to become more familiar with the theory in question, or its adherent/s. All the time your efforts should be concentrated not on proving/disproving the theory, but on emphasizing the article’s genuine contributions and its drawbacks, if there are such. We recommend you the following 10 tips:

You should analyze only the article, and not the theory in general. Of course, you may refer to some basic principles, and this will be enough.

Find out the distinctive features of the article: its main thesis, arguments and results of research (or conclusion). You should represent them in an impartial way, dividing them from the part with your own comments on the article.

Explain a little about the author’s achievements and recognition. Is he/she a famous theorist, or rather a novice in the field? This requires some research prior to writing the paper.

Use quotations from the article. They can be, for example, five quotes which present the theory exposed in the article. Be punctual: do not change the order of the words, and refer to them only in the appropriate context.

Analyze the terminology used. Every branch of science has its own professional vocabulary. Insufficient number of proper terms and phrases indicates significant lack of knowledge in the author. On the contrary, if the author uses appropriate terms and is obviously familiar with their meaning, that means that he/she is an experienced researcher.

In the second part of your critique, which should express your personal views on the article, you have to analyze both sides of it: in formal sense (Is it coherent? Does it have internal logic?), and regarding its content (Is the thesis connected with the arguments? Are the arguments and facts reliable? etc.).

If you adhere to the same theory or another one, you have to make this fact clear. It is always important to show your starting point.

If there are some obvious flaws, you should try to explain them; probably the author has overlooked some facts, or has interpreted them in a wrong way.

Be polite and do not use personal criticism. Your task is to only analyze the article in question, and not its author.

Once finished with the critique, you have to send it to the author of the article, or to his/her publisher.

Every critique has its own goal. You should plan your work well in advance to be able to research the article, and write your first draft.